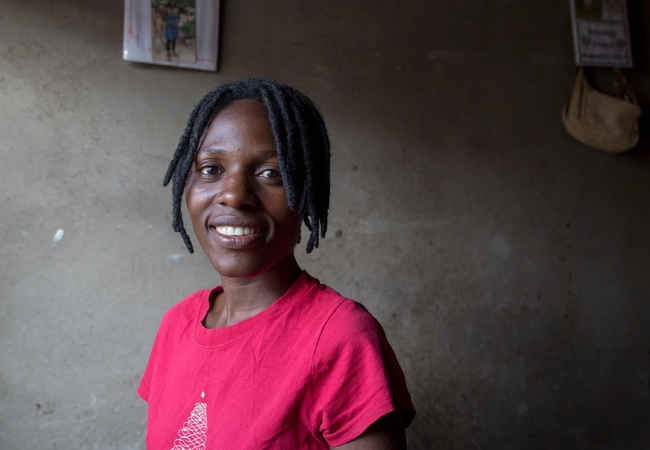 Here in our community, I realised women were being treated unequally.”

Cynthia's is an Oxfam WE-Care champion in Zimbabwe 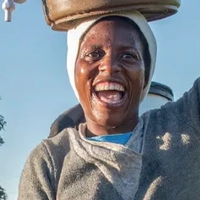 Here in our community, I realised women were being treated unequally.”

Cynthia's is an Oxfam WE-Care champion in Zimbabwe

As a WE-Care Champion, Cynthia is making positive changes in her community. She believes her responsibility is to teach others and show them that women can be leaders too.

It’s easier to teach people, having road shows, or community dialogues. Or arranging soccer tournaments where they get together. After the matches, people start receiving training on how there can be equality between women and men – all this to a crowd.

Some are quickly embracing it while others are taking their time, but it is being accepted. You get some people who have strong opinions, but you gradually see them embracing it: men going to fetch water, a father now listening to his daughter, a father now including sanitary pads for his daughter in the groceries he buys. Because some men don’t even know about this, they tell their daughters to talk to their mothers about these issues but things are changing through training with Oxfam.

A portrait of Cynthia at her home in Hatcliffe. Photo: Cynthia Matonhodze/Oxfam

Women spend up to two thirds of their working hours on unpaid care and housework. Oxfam's WE-Care initiative aims to address this heavy and unequal burden – a particular problem for women living in poverty.

Local WE-Care champions like Cynthia help ensure that overcoming inequality and empowering women are at the heart of Oxfam's work by lobbying for better infrastructure (for example, improved access to water) and by talking to families about sharing responsibilities in the home.

The WE-Care program taught us how to exit the cage that we were put in by our parents when we were growing up. So, the next generation knows that there is no such chore called a ‘man’s’ or a ‘woman’s’. As Care Champions, we were taught that as we go back into the community, we have a responsibility to teach people gracefully.

He now understands unpaid care work. At first he used to be so ashamed. We now have a duty roster that we rotate.”

Catharine and her son Tino both took part in Oxfam's WE-Care initiative. 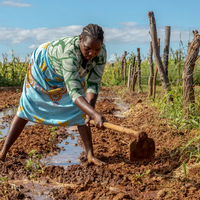 See how your donations are helping communities like mine.

The We-Care initiative is a key part of Oxfam's work and has been rolled out in 6 countries so far.

Before Covid-19, women and girls in Zimbabwe were doing up to 11 hours a day of unpaid care and domestic work – three times more than men.

Leave a gift to Oxfam

By leaving a gift in your Will, you could become an important person in countless communities worldwide – for decades to come.