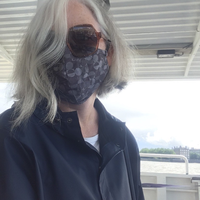 Never mind the billionaires, let's raise up the everyday heroes!

While billionaire wealth has skyrocketed during the pandemic, gender inequality has deepened. And billionaires have reaped the rewards of women’s low and unpaid work. Governments must do more to fight inequality.

Billionaires being minted while the rest of us sink

Year after year, we see the grim growth of an ever-increasing wealth gap in Oxfam’s annual inequality reports.

As the world’s richest gather for the World Economic Forum meeting in Davos, Oxfam's latest shocking report – Profiting from Pain – shows that, since 2020, every 30 hours a new billionaire is created. In those same hours, a million people are expected to be pushed into extreme poverty in 2022.

Every 30 hours, while a million people are pushed into extreme poverty, a new billionaire is created.”

What’s different in the latest Oxfam report, is that this year, pretty much wherever you are on the planet, it’s hard not to feel a part of the story.

Inequality between and within nations is on the rise again, made worse by Covid.

Pretty much everyone is being forced to think about how best to cope with what they have to carry them through. To cut back on what they spend, whether that’s on heating, medicines, schooling, energy, or food.

And more and more people are having to rely on each other for help when they don’t have enough.

Myanmar workers, children and adults in a tug of war to celebrate the New Year in the Talay Thai Market.

They managed to play some games during the closure of the market to curb the spread of COVID-19, from 21 December 2020 until 3 January 2021.

Most of the workers who are daily wage earners have been affected by the market closure.

Despite obvious differences across the UK or in the USA, in Kenya or in Zambia, people have one thing in common. We are all connected by systems that dictate our lives.

These systems - from patriarchy and colonialism, to capitalism and consumerism - are pushing ordinary people deeper into poverty and environmental insecurity, while propelling a handful of rich men into outer space.

Systems are pushing ordinary people into deeper poverty while propelling others into space.”

But not all ‘ordinary' people are in the same boat. Historical discrimination based on combinations of race, gender, class, and migration status means that working-class, black, indigenous and people of colour (BIPOC) and migrant women feel the greatest pressures of all now.

During Covid-19, single women, those living in poverty and ethnic and racial minority families were pushed furthest to the margins.

While the rich continue to get even richer, around the world most workers - including the world’s 1.3 billion women informal and unpaid workers - hardly have enough on which to live.

In the UK, growing numbers of paid workers - including care and domestic workers - are getting such a poor deal from employers and Government, that they are turning to local food banks to eat and feed their families.

All the unpaid care and domestic work remains widely ignored and taken for granted. Despite holding up society during the pandemic, it is not considered 'productive' work and does not get invested in by governments and employers. The impact of this hidden work on time, income, choice and health is harsh for women – and barely recognised.

In the UK, paid workers including carers are getting such a poor deal that more and more are having to turn to food banks to eat and feed their families.”

Who is in the worst paid, most insecure paid jobs and doing most unpaid work is no accident either.

In low-income countries, 92% of women work in precarious and informal employment and among informal workers, women are overrepresented in sectors hardest hit by the pandemic.

Women living in poverty, single mothers and essential workers as well as those belonging to minority racial and ethnic groups have been pushed furthest to the margins during the pandemic.

These same groups are being hit hardest as prices climb. Some people will have savings to draw on, but many won’t because they’ve been historically underpaid and underserved by government spending, including on care infrastructure and services, on social safety nets like disability, out of work or child benefits and pensions. They will be forced to cut back more and more. Then when there is nothing left to cut back on, they will be forced to turn to costly debt to get over hurdles thrown in their way, with bigger ticket items like rent, heating, health or childcare costs increasingly impossible to manage.

And when crises hit or governments cut back on spending, not everyone steps in equally to absorb the shocks. According to UN Women, in nearly 50 countries 60% of women reported spending more time on unpaid care work amid Covid-19, while the intensity of that work also increased.

With billionaires being minted and people facing crisis, we need government action

Billionaires are a symptom of our ‘sick’ economic system. They continue to profit disproportionately from the pandemic, including government Covid policies. Meanwhile, people, BIPOC women especially, have been effectively subsidising the economy through low and unpaid work, because governments have failed to tackle pre-existing gender and racial inequalities.

Issues of underinvestment and undervaluing of women’s work in the economy have deepened. Yet as the new Oxfam report says clearly, ‘decades of economic policies have ripped away public services into private ownership and have encouraged the move toward massive concentration of corporate power and tax avoidance on a huge scale. These policies have worked to deliberately erode workers’ rights and reduce tax rates for corporations and the rich.’

Governments have and continue to allow billionaires to amass and keep wealth made on the back of low and unpaid work.”

In the face of historical and persisting inequality, let’s call on governments to put women workers at the centre of government policy

In the face of the spiralling cost-of-living crisis, we must demand that governments urgently act. By putting in place highly progressive taxes, including windfall taxes and longer-term wealth taxes, to reign in billionaire wealth and influence. Today’s announcement in the UK of a windfall tax on energy companies is a start. It’s essential revenues from such taxes are invested to reduce inequalities and value all workers. And funnelled especially towards addressing and closing the historical gaps that women from BIPOC and migrant communities are having to navigate themselves.

Let’s stand with those who are really at the centre of the inequality story. Let’s stand together in calling for governments to reign in billionaire wealth and instead invest in women’s work!