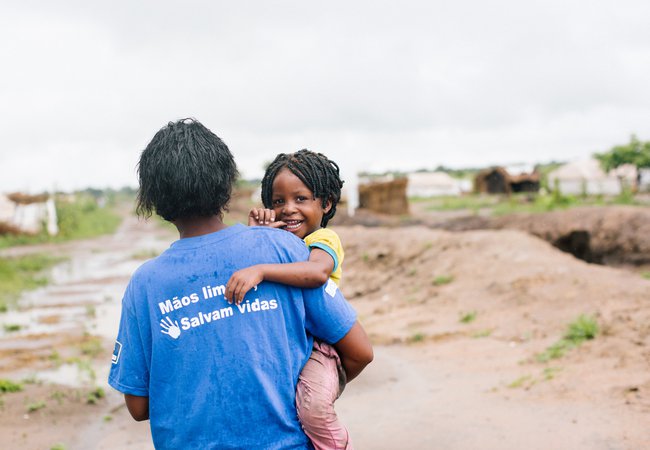 How does Oxfam GB work with Oxfam International?

Oxfam has been fighting poverty since 1942. We were born in Oxford, and we're still here. This is where we built the UK's first ever charity shop, in 1948. That's still there, too.

In our early years we took on hunger in Greece and elsewhere in Europe. Hard to believe, but it wasn't until the 1950s that Oxfam started fighting poverty in Africa, India and South America.

As support grew, the 1960s saw the creation of new Oxfam offices in Canada and Belgium. Today, we're proud that there are 19 Oxfam affiliates around the world, each raising money in its own country, to fight poverty worldwide.

With thousands of people joining in, staying organised is vital. That's why, in 1994, we set up Oxfam International (OI) to co-ordinate the work of all the different Oxfam affiliates. And in 2017, we made sure all staff running our life-changing work in each country report through a single Oxfam International structure - saving money and making our work way more efficient. But we remain responsible and have complete oversight of how the money is spent.

As part of this process, OI began to move its headquarters to Nairobi, Kenya - closer to the people we serve. Developing countries are growing ever more influential; stronger roots and deeper representation here help us have an even greater impact for everyone.

Meanwhile, the poverty-beating work that hundreds of thousands of staff and volunteers make possible continues. Through the UK Charity Commission, we're still accountable to you for every penny you donate - and the money you give still pays for seeds, taps, tools and school books: whatever's necessary to help people work, learn and grow their way out of poverty - wherever they are.

Can I donate items like clothing and blankets to help people in emergencies?

Clothes and blankets are among the many items we can sell in our shops here to raise funds, but Oxfam does not send clothes and blankets overseas, however good their condition. This is because customs regulations, fumigation of second-hand items, transport and communications make the process of exporting second hand items very complicated, time-consuming and expensive.

It is much easier to buy these items (with the money our supporters donate) in the countries where they are needed. It reduces the cost to Oxfam, helps stimulate local markets and economies, and we can be sure that the goods that we source are appropriate - both for the local environment and the local culture.

There are many local initiatives in poor countries where women knit or make clothes, and Oxfam tries to support them by buying their products and distributing them through its programmes. This ensures women can learn new skills, earn an income and support their families, buy crops, send their children to school, and get the healthcare they need.

That's why making a cash donation is one of the most effective ways to support our emergency work.

Can I choose to donate money to a specific project, country or item?

When you donate to Oxfam, the money will be allocated to 'general funds' which allows us to focus on where the need is greatest and respond immediately to changing priorities and global situations. It is vital that we are able to spend money where it is most needed at any given time.

However, it is possible for you to specify if you would like your donation to be spent on a particular emergency appeal

You can also buy specific poverty-busting items and activities through the Oxfam Unwrapped virtual gift catalogue.

How do I update my personal details?

What events does Oxfam do?

Browse our fundraising events section to see what's on and to find something to suit you.

How can I volunteer for Oxfam?

We've got hundreds of volunteer vacancies advertised online. Once you have submitted your application, we will contact you with details of the selection process.

If you would like to volunteer for one of Oxfam's events, you can find out more on the events volunteering pages.

If you would like to volunteer in your local Oxfam shop you can apply online or stop by your local shop to find out more.

How can I get updates on Oxfam's work?

You can sign up to receive free email updates, with regular news of our work and what you can do to support it.

How does Oxfam set prices?

We do not set prices centrally. Oxfam is very lucky to receive so many good quality donations from the public and we believe the best way to thank our donors for their generosity is to get the best price we can for their donation (which in turn raises as much money as possible for Oxfam's work).

Based on this principle, each individual shop team creates their own price list, using their judgement to decide what prices and products will best suit customers in their location.

How can I work for Oxfam?

You can find all the latest vacancies and jobs information in our jobs pages. You can change the language on the page to French and Spanish should you need to do so. For advice on how to apply please read our guide.

I have raised some money for Oxfam. Where should I send the cheque?

Thank you so much for raising money for Oxfam, we really appreciate your support! Please send us a cheque made payable to 'Oxfam GB' to:

It would be great if you could also let us know how you raised the money (and be sure to include your name and address so that we can send you a thank you letter!)

How much money does Oxfam spend on admin?

You can find all the answers in our inspiring interactive guide to how we spend your money.

How much is Oxfam's chief executive paid?

As an organisation, Oxfam is very aware of not allowing senior pay to escalate by more than necessary whilst still enabling us to recruit and retain staff. The Chief Executive of Oxfam earns £120,000 pa, which is less than other charities of similar size and scope - and considerably less than someone could expect to earn running an organisation of the same size and complexity in the private sector. Our CEO salary remains in the lowest quartile of salaries for large UK charities.

In 2018/19 Oxfam's Chief Executive was responsible for the charity's work in 27 countries including more than 5,000 staff in the UK and overseas, many of whom are working in some of the most vulnerable places in the world, plus a network of 630 UK high street shops and more than 27,000 volunteers. The role entails a degree of complexity and time commitment that goes far beyond that of a typical CEO because of the high-profile nature of our charity and the multiple stakeholders that must be dealt with.

I need some information for my homework/thesis/dissertation – can you help?

Each year, we receive thousands of requests for assistance from school children and students. Unfortunately, we can't assist with specific questions, arrange interviews, answer questionnaires or arrange visits to our projects.

What's Oxfam got to do with Fairtrade?

Oxfam was one of the pioneers of Fairtrade more than 40 years ago and has been involved in its successful growth in the UK ever since. In 1991, Oxfam helped to found Cafédirect, which is now the UK's fourth-largest roast and ground coffee brand. In 1992 we co-founded the Fairtrade Foundation (with five other organisations), which licenses the use of the FAIRTRADE Mark in the UK. We continue to work closely with both of these organisations.

Very comprehensive information about Fairtrade can be found on the Fairtrade Foundation website.

Why does Oxfam spend money on fundraising?

Find out how we spend your money

Where can I buy a goat from Oxfam?

You can buy a goat - and a huge range of other virtual gifts - through Oxfam Unwrapped where you can  place an order online or request a paper copy of the catalogue. You can also phone 0870 410 5030 or purchase a selection of Oxfam Unwrapped gift vouchers at your local Oxfam shop. Every present you choose is actually received by someone in a developing country and we'll send you a voucher that explains the gift you selected, together with your choice of greetings card. Thank you very much for your support in helping overcome poverty and suffering. Happy shopping!

Where can I find Oxfam publications?

What position does Oxfam have on the occupation of the Palestinian territories?

Oxfam believes that all people in the Middle East region should be free from violence, coercion, and deprivation.

Progress towards peace will require an inclusive process engaging all political actors and relevant stakeholders, including civil society, refugees, and women, in efforts to resolve the final status issues that have been at the heart of the conflict for decades. This is vital to secure a just and durable resolution to the conflict, in accordance with international law.

All Palestinian factions need to intensify their dialogue to pave the way for a reunified Palestinian government able to effectively provide for the needs of its civilian population.

Oxfam advocates for Palestinian and Israeli leaders, the leaders of all neighbouring states and the international community, to make every effort to meet their obligations and commitments under previous agreements.